Johnny Goodtimes Looks Back on a Year of Philly Food

Share All sharing options for: Johnny Goodtimes Looks Back on a Year of Philly Food

As the year comes to a close, Eater reached out to a clutch of media folk to comment on the dining scene in 2012. It was a big year for Philly, from come ups, to break ups, and everything in between. When he's not being Philadelphia's Man of Leisure, Johnny Goodtimes is eating and drinking at Philly's finest establishments. 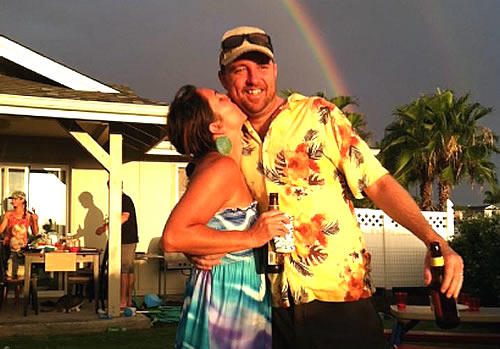 Johnny Goodtimes knows eats. [Photo: Facebook]
If you've ever played Quizzo, you know Johnny Goodtimes. He's the guy who's managed to make a living asking trivia questions to drunk bar patrons. But, he's much more than that. Believe it or not, the man spends tons of time raising money for local charities and even coaches boys basketball for those less fortunate (in addition to holding a bowl-a-thon to raise cash for the league). We asked him to reflect on the past year in the food scene, and these are his answers.

Name your top restaurant standbys of 2012 -- the restaurants you returned to most.
The wife and I became semi-regulars at Indian Restaurant this year (1634 South Street). As no-frills as it's name suggests, the food is tremendous and the service extremely friendly. We also ordered pizza from Santucci's about 1,000 times. The best delivery we've had yet in Philly.

What are the top restaurant newcomers of 2012?
Rex 1516. The food, service, and ambience are all tremendous, and the drinks are terrific. We also really enjoyed the Cambridge and that new Thai place I can't ever think of the name of nearby. The food scene in our neighborhood (G-Ho? Anderson Village? South of South? G-Anderson SoSo?) really blew up this past year, about which we are quite excited.

What was the best dining neighborhood in Philly in 2012?
Whatever 13th and Sansom is. (Part of the Gayborhood? Midtown Village? Gaybortown Village?)

What was the biggest dining surprise of 2012?
The fact that Philadelphia still doesn't have a restaurant with cliff divers like Casa Bonita near Denver.

What and where was your single best meal in 2012?
Home. My wife's lasagna.

Were there any restaurants that you broke up with in 2012?
All of the ones that closed. We stopped going immediately. Otherwise they get you for trespassing.

Dining world headline predictions for 2013?
The spork finally gets its due as a fine dining implement.

· All Year In Eater Coverage [~EPHI~]