Drew Lazor Looks Back on a Year of Philly Food

Share All sharing options for: Drew Lazor Looks Back on a Year of Philly Food

As the year comes to a close, Eater reached out to a clutch of media folk to comment on the dining scene in 2012. It was a big year for Philly, from come ups, to break ups, and everything in between. In between freelancing for every media outlet in Philly, Drew Lazor had time to talk a little 2012. 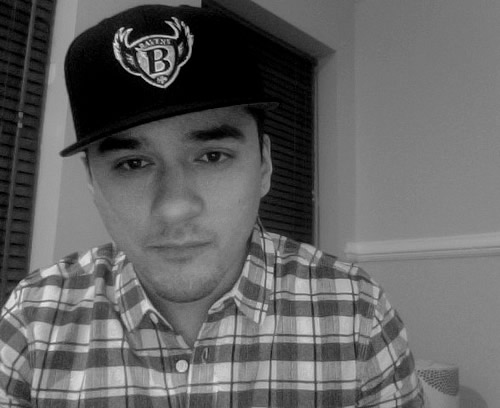 Drew Lazor: Always representing Charm City. [Photo: Drew Lazor]
You may remember Drew Lazor as the guy behind Meal Ticket, the city's first real newshound-y blog on the comings and goings of the restaurant world. After many years at the editor's desk, Lazor decided to hang up his spurs and go into business for himself. Now, he's keeping Philly informed with columns at the Daily News, City Eats, and all kinds of other stuff.

Name your top restaurant standbys of 2012 -- the restaurants you returned to most.
American Sardine Bar, Nom Nom Ramen, Pub & Kitchen, Southwark, SPTR, and The Khyber.

What was the best dining neighborhood in Philly in 2012?
Center City: Federal Donuts, Hip City Veg, Nom Nom, Rittenhouse Tavern, Shake Shack, Vernick. East Passyunk enjoyed plenty of excellent additions too, but I find myself stopping into these CC newcomers more frequently, and I live right in the middle of the two 'hoods.

What was the biggest dining surprise of 2012?
The gradual re-emergence of Fairmount as an exciting but still down-to-earth eating neighborhood, thanks to spots like Hickory Lane, La Calaca Feliz, McCrossen's and Lemon Hill.

What and where was your single best meal in 2012?
A big group of us went to Zeppoli in Collingswood and tried everything on the menu. Easily the most memorable dinner of 2012. I think about it all the time!

Were there any restaurants that you broke up with in 2012?
Mémé, but it broke up with me, not the other way around. I miss you...

· All Year In Eater Coverage [~EPHI~]