Will Smith's House; Fetishizing Divine Lorraine; The Ghost of Kahn

Share All sharing options for: Will Smith's House; Fetishizing Divine Lorraine; The Ghost of Kahn

And now the latest from Curbed Philly, covering everything you need to know about the city's neighborhoods and real estate... 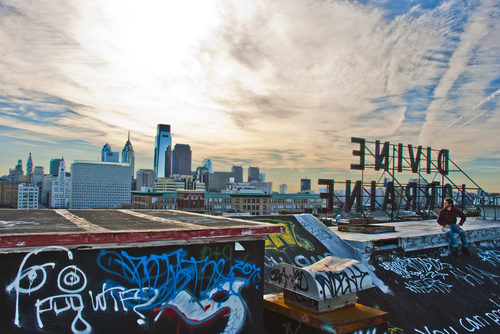 Photo by Noah Goldman
MALVERN—Philadelphia architect Louis Kahn—who was found dead in New York's Penn Station in 1974—is back to hype the Stillmeadow estate in a video. The owner offers a narrative of the property that will have you wondering how it is you never understood Malvern as Hyannis Port.
VILLANOVA—Will Smith's publicist wasn't very happy with Curbed Philly's post about his new residence on the Main Line. Smith is in town filming another M. Night movie—this one about a father who has to protect his son (played by Jaden Smith) in a postapocalyptic landscape. Now Will Smith will actually have to protect Jaden from Philadelphia yahoos who cruise by and yell, "Hey, Fresh Prince!" Photos of the house are very pretty.

DIVINE LORRAINE—Curbed Philly continues to solicit photos for its ongoing essay The Last Days of the Divine Ms. L., which is predicated on the notion that something is going to happen to the building this year, as Nutter suggested. Philadelphia photographers go absolutely crazy when they get anywhere near this building, as evidenced by the exquisite work sent in.
OLD CITY—Where would you rather have a three-bedroom house: in a modern boutique doorman building? Or in a quaint home on Elfreth's Alley? Check out our Old City 3br Smackdown to assess your choices. Tip: One of them is cheaper.
GRAFITTI/STREET ART ROUNDUP—Love it or hate it, good or bad, Philly's got it.