Share All sharing options for: Most Expensive; Most Unique; Biggest Price Chop; More

And now the latest from Curbed Philly, covering everything you need to know about the city's neighborhoods and real estate... 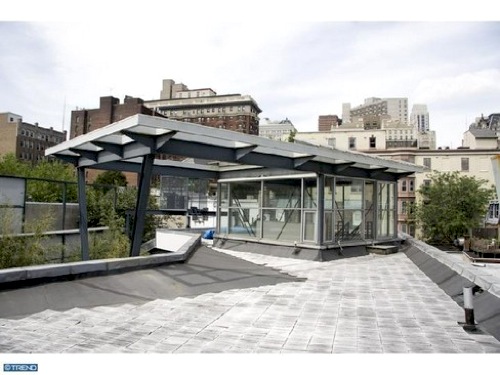 WASHINGTON SQUARE WEST—Philadelphia's most expensive freestanding home is the Latimer House, which you've definitely walked by and thought was a bunker of some kind. Curbed commenters are mincing no words when it comes to how they feel about the $6.2 million property.
SOUTH BROAD STREET—Do you love those old brownstones along Broad Street? Some of them are still single-family homes that every now and then—but mostly then—go up for sale. This one has an aviary.

KINGSESSING—The same day the news blasted that a SEPTA driver was dragged out of his bus and pummeled by some teens, a nearby home on the market endured a discreet price chop. Thing is, the place has good bones, and it's now less than $50,000. Investors who believe Penn will eventually go as far as 51st Street might want to take notice.
CHESTNUT HILL—Speaking of price reductions, Philly most unique home (yes, we said it—gauntlet thrown) was just chopped by $500,000. Even if you can't afford it because you don't have $3 million, you have to see the photos: a bowling alley, a speakeasy, the French Norman medieval cloisters vibe ... it's just somewhat bananas.