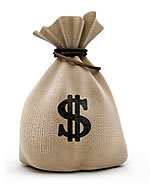 Eater Philly confirmed that Per Se executive sous chef David Breeden was at Le Bec-Fin and in Philly with new owner Nic Fanucci on multiple occasions, which led us to speculate he was taking the reins at Le Bec-Fin, which ended a 41-year run last weekend. We now hear that yes, Breeden was the intended chef (money) for the new LBF (money), but that something (money) encouraged him to keep his position at Per Se (money). But, until we see someone else put on the whites, we're sticking with our horse. [EaterWire]