Coffee-Tosser Identified, Expected to Turn Himself In

Share All sharing options for: Coffee-Tosser Identified, Expected to Turn Himself In 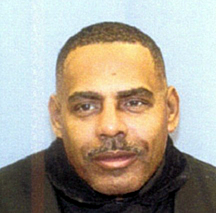 After running the scary video of a man throwing scalding coffee on a woman at a West Philly doughnut shop on the news, police say they have identified the individual as David Timbers. Timbers attacked 27-year-old Sok Caea, a woman who only recently arrived in Philly from Cambodia who was working at Fresh Donuts to learn how to run her own business. The argument broke out over a $2.25 sandwich that Timbers said he already paid for. He responded by grabbing Caea's coffee from her hand and tossing it in her face.

Action News is reporting that Timbers is getting a lawyer and will be turning himself in shortly. Friends and family recognized him immediately, and reached out to Timbers urging him to come clean. Caea is recovering well, and has already returned to work. The story has quickly spread through the media, and gained national attention on The Huffington Post over the weekend.