And now for the latest from our sister site, Curbed Philly, your source for hideous interior design, accusations of gentrifcation, unions and developers wanting to murder each other, and gossip about real estate, neighborhoods and architecture. 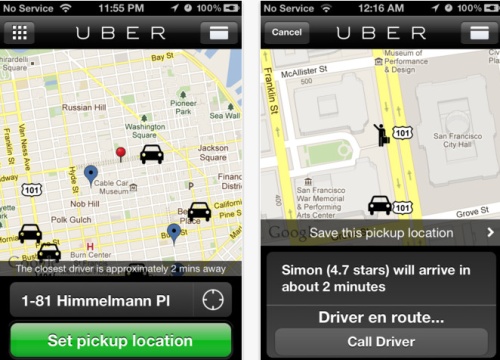 San Francisco Uber screenshot via tnooz
NEGADELPHIA—The Uber car-service app that gives you an alternative to taxicabs has launched in Philly, though it seems Philadelphians can't figure out why something so cool would come here. Uber's CEO finds the attitude a little ... disconcerting.

EASTERN STATE PENITENTIARY—The most hipster music video you'll ever see that was filmed in a former prison. That is all.

STYLEVILLE—Racked Philly does Shopping Confidential and reveals four places in Philly where you can get hand-dyed blouses, perfect sundresses and, yes, stuff for the men folk, too.

CONSHY—People in Conshohocken are so opposed to a Super Wawa on Fayette that they've gone ahead and made their own renderings to show the world how much better life would be without it. The renderings look a little like LEGO buildings, but as long as there aren't Wawa frozen cappucinos coming from within the doors, residents are okay with it.

140 SQUARE FEET—Janice Kenney is part of the Tiny House movement. She lives in 140 square feet in Kennett Square, but in order to make that transition, she had to get rid of all the stuff she'd acquired. Step 1? The "skinny clothes." Don't pretend you don't have any.

BELLA VISTA—What was once a grocery store owned by Sicilian immigrants in the 19th century is now a three-bedroom condo in the Meredith Catchment. If you buy, you'll have to bring your own 100 lb. bags of molasses.