Is Stephen Starr Opening a BBQ Joint in Fishtown?

Share All sharing options for: Is Stephen Starr Opening a BBQ Joint in Fishtown? 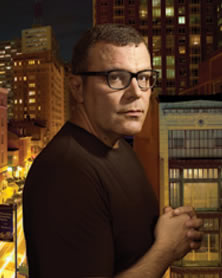 A very insider tipster close to the Stephen Starr Fishtown project is saying that the restaurant overlord plans on opening a BBQ joint next to Frankford Hall. What kind of BBQ it will be hasn't been nailed down, but it seems that the smart money is on some grilling summery goodness which would fit right in with Philly's kinda-new obsession with high-end 'cue.

The Starr-B-Q project would join The Smoke Truck, Percy Street BBQ, and the just-about-ready Blue Belly BBQ as part of the new wave of smoke and grill talents.

Eater reached out to Starr, who couldn't confirm what was going in at the new location, but when we posed the BBQ hints, he said we should "feel free to speculate all we like." Stay tuned.

UPDATE: Guess those rumors we heard were right, as The Insider is reporting that Starr is opening a Fette Sau (the legendary Brooklyn BBQ shop) here. Wow, this is the best possible situation for BBQ fans, and the one spot that really made us jealous of NYC. Can't wait for this one.