Share All sharing options for: UPDATE: All Charges Against Elijah Milligan Dropped 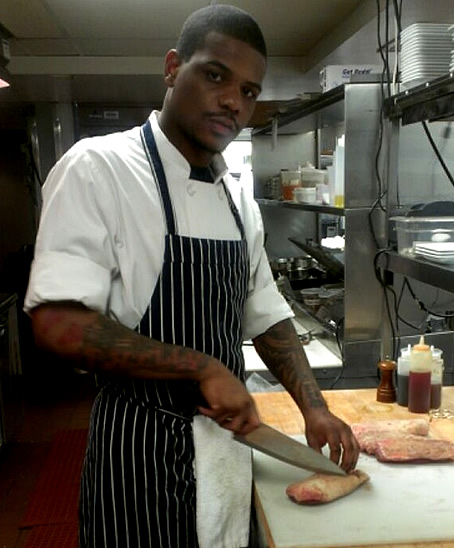 In what appears to be some confusion and miscommunication, Stateside executive chef Elijah Milligan was arrested after getting involved in an argument between the mother of his child and a friend. A few hours after the arrest, he was let go from his position at Stateside. The ownership of the restaurant said they believe he is completely innocent and that his involvement with the situation had nothing to do with him losing his position, which isn't very likey.

Milligan's attorney, Jonathan Cohen, said that his client did nothing wrong and was only trying to mediate an argument between the chef's girlfriend and her sister's girlfriend. He also said that the story told by the witness was "incredible."

On a related note, two separate individuals posted comments on every food blog around town on October 22 (the morning of the incident), stating that Milligan had pointed a gun at his girlfriend and child. One said she was the girlfriend, and the other was a witness, having just met the victim that morning. A little sleuthing uncovered the fact that although they intimated they didn't know one another before the altercation, they were Facebook friends and posted often on each other's accounts, which makes the accusation look pretty flimsy.

If Milligan is in fact guilty, then shame on him for putting the lives of his baby's mother and child in danger. But, if this is just some ruse intended to sully his name and destroy his career, then hopefully he will be exonerated quickly, rehired, and that whomever is responsible will end up behind bars. Stay tuned.

UPDATE: According to some further investigation by Passyunk Post, all charges against Elijah Milligan were dropped due to inconsistencies in the plaintiffs' stories. "The case was dismissed even before I had to show the callers' stories on the 911 tapes didn't match the stories the police documented on scene," said Milligan's attorney, Jonathan Cohen.