Fieri Back in Philly to Film Diners, Drive-Ins, and Dives

Share All sharing options for: Fieri Back in Philly to Film Diners, Drive-Ins, and Dives

While Philly enjoyed the New York Times takedown of douche mecca Guy's American Kitchen & Bar, they pay close attention to where Guy Fieri stops when in town to film one of his many shows. It appears as though he's here right now to shoot another episode of Diners, Drive-Ins, and Dives, as his crew was spotted filming at The Sidecar Bar & Grille last Saturday.

We're also hearing that Fieri visited Flavor Country at The Standard Tap (owner Will Reed gave the classic 'no comment'), and The South Philly Taproom (chef Scott Schroeder tweeted that he was shooting 'on his motorcycle,' and the odds of that being another show taping are pretty slim). Keep an eye out for the bleached bunghole, and let us know where you spotted him in the comments below or send us a message on the tipline. 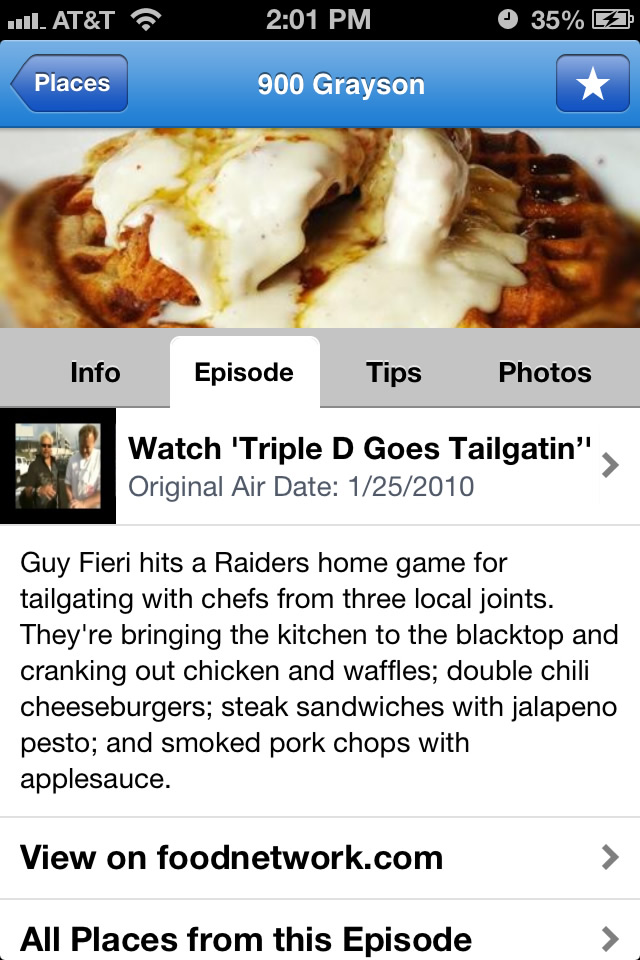 If seeing Guy Fieri in the flesh isn't enough Diners, Drive-Ins, and Dives for you, make sure you check out local iPhone developer Matt Quinn's app for all-things Triple-D on iTunes.

Quinn has entries for every stop and dish Fieri has eaten on the show, and allows you to put together a list of places for any upcoming trips you food tourist-types are taking. Using Foursqaure info, the app will automatically update as new spots are added, and will let you know what restaurants close to you have been highlighted on the show. The app is a ridiculously affordable $0.99, and while the host of the show is a moron, the content is a must-have for comfort food fanatics.