Share All sharing options for: Meet the Eater Young Guns Class of 2013 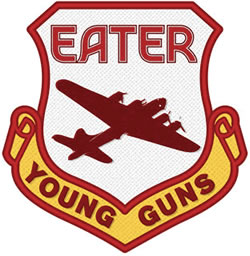 The Eater Young Guns represent the most promising up-and-coming talent in the restaurant industry, from the front of the house to the back.

Nominees must either be under 30 years of age or have worked in their chosen field for less than five years. They must be currently employed in the hospitality industry in the United States. Most importantly, they need to be the best-of-the-best and stand out from a crowd of standouts.

Without further ado, it's time to announce the Eater Young Guns class of 2013. Below you will find the winning 15, which, sadly doesn't include anyone from the Philly region this year to follow up Adam Leonti's appointment on the inaugural list last year.

The Eater Young Guns Class of 2013 will be celebrated at a gala event in Los Angeles on Monday, June 24. Young Guns Eve, a public tasting event featuring many of the winning chefs, takes place the night before on June 23.