Here Are the Most Anticipated Fall Openings in Philly

Share All sharing options for: Here Are the Most Anticipated Fall Openings in Philly

Fall is the most exciting time to be a diner in Philly, as everyone is back from the shore, and all those big-time openings are just over the horizon. Here's a guide to everything you need to know about the places you'll be gorging yourself to get fat for winter, including Marcie Turney and Val Safran's Little Nonna's (pictured above), Pizzeria Vetri, and Justin Bogle's Avance. 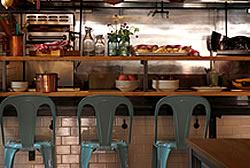 Address: 1234 Locust St.
Major Players: Marcie Turney, Val Safran
The Situation: Marcie Turney and Val Safran are set to open Little Nonna's, their ode to Italian Grandma food, on September 4, which includes a stunning 40-seat courtyard, complete with washline and hanging grandma threads. Everything they do is awesome, and expect this to be no different. Dinner to start, lunch will follow later.
Projected Opening: September 4 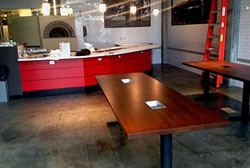 Address: 1939 Callwohill St.
Major Players: Marc Vetri
The Situation: Marc Vetri has long been turning out headliner pizza at Osteria, and it was only a matter of time before he opened a pizzeria. Well, that time is now, and that means we'll all be flocking to Pizzeria Vetri on September 6 when the ovens fire up and the doors swing open. Vetri's empire is building fast and furious.
Projected Opening: September 6 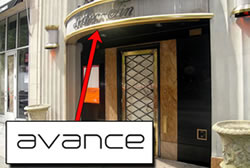 Address: 1523 Walnut St.
Major Players: Justin Bogle
The Situation: For the first time in 40 years, Le Bec Fin isn't living at 1523 Walnut Street. That space now belongs to Justin Bogle, the two Michelin-starred chef from shuttered NYC legend Gilt, where he's opening his own place, Avance. He promises an experience like nothing we've ever seen in Philly, which will "continuously evolve," and be a "living breathing thing." Sounds pretty sweet.
Projected Opening: October 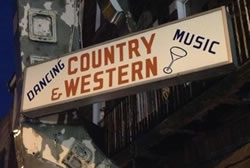 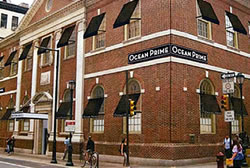 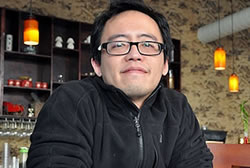 Address: 123 Chestnut St.
Major Players: Han Chiang
The Situation: Not as much a new opening as a relaunch and move to a massive new space, the new Han Dynasty is taking over former murder club Cebu and super short-lived steakhouse Reserve at 123 Chestnut St. There's going to be a big blowout at the current space, but expect the move to bring about massive menu changes, and a new life for Han's spot. Don't forget that his NYC location is opening shortly, and from what we hear it could be any day.
Projected Opening: End of September 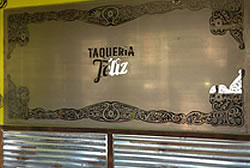 Address: 4400 Main St.
Major Players: Tim Spinner, Brian Sirhal
The Situation: The Feliz team is going casual with this Manayunk taqueria that is shooting to open in late September. Everyone's favorite "Italian doing Mexican," Lucio Palazzo is working on the menu for Taqueria Feliz, which is just the shot in the arm that Manayunk needs. The skeleton decor that adorns the other Feliz restaurants is the major element here as well, including a beautiful hand-painted bar.
Projected Opening: Late September 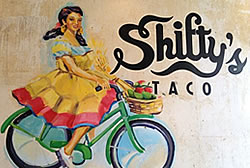 Address: 2730 W. Girard Ave.
Major Players: Jeb Woody, Zack Shell
The Situation: Jeb Woody, the man behind both Honey's Sit N' Eats, jumped at the chance to join in the Brewerytown redevelopment, and took on a Mexican restaurant project that was in need of owners. Woody called the place Shifty's Taco brought in Zack Shell of El Fuego and Geoff Gabrick of Latest Dish to cook and run the operation that was set to open at 2730 W. Girard Avenue in the fall. Well, they're currently in a soft opening mode with a limited menu and hours, but will go full steam ahead as early as next week. The full menu is here.
Projected Opening: Right now 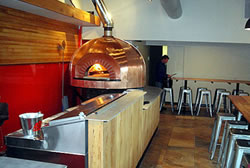 Address: 1305 Locust St.
Major Players: Tom Grim, Stalin Bedon
The Situation: The very short-lived Spiga space was only on sale for a few short days before Nomad Pizza honchos Tom Grim and Stalin Bedon snatched up the place to open up, you guessed it, another pizza shop. This time around they're focusing on Roman-style pies, though. The place was renovated from top to bottom just over a year ago, including the massive wood-fired oven that was the centerpiece of Spiga. We're betting, though, that the Nomad crew will have better luck than the last tenant.
Projected Opening: October

Address: 1617 E. Passyunk Ave.
Major Players: Nick Elmi
The Situation: Nick Elmi, who is about to star on this season's Top Chef, is opening a BYOB on East Passyunk in the former location of popular restaurant Fond. Called Laurel, the new menu will be a return to his French roots with a modern twist at his new venture, which will hold about 30 seats. This location is perfect for Elmi, as it's one of the hottest food 'hoods in the city, and Fond owner Lee Styer left the place with some really good juju for the next tenant.
Projected Opening: November