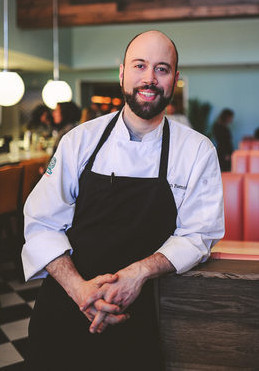 Less than one month after Rosa Blanca's opening, there's been a major change in the kitchen. Yesterday, A.D. Amorosi let it drop in his weekly City Paper column that chef Yun Fuentes was rumored to be out at Jose Garces' new Cuban diner. Now, Eater has received confirmation from Garces Group that Fuentes has been replaced by longtime Garces team member Jose Olmeda. He was most recently sous chef at Tinto.

Fuentes was also a member of the Garces team for some time, starting out on the salad station at Amada and later running the kitchen at JG Domestic. Today, a rep confirms that he is no longer with Garces Group.