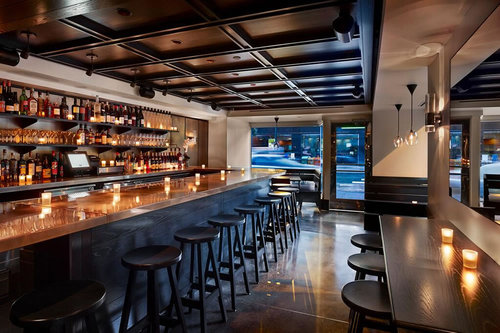 Apparently not content to have simply reinvented two Philly classics into two of the buzziest and best new restaurants in the city in the space of roughly one year, Fork/High Street on Market owner Ellen Yin and exec chef Eli Kulp announced today a new partnership that will spread their influence to Rittenhouse. As first broken by Michael Klein, they're teaming up with David Fields, operator of both a.kitchen and a.bar at the AKA hotel, and overhauling the menus at both. And to match their lofty ambitions, they've also taken on a new name: High Street Hospitality Group.

Kulp is taking over as exec for the Fields properties immediately, and hopes to appoint a chef de cuisine to run both by March, which is when new menus will be implemented. GM for both properties will be Michael Dombkoski, who was co-owner of onetime Nuevo-Latino hotspot ¡Pasion!

Notably, a.kitchen has been looking for a permanent new leader since at least March of last year, when opening chef Bryan Sikora was abruptly let go from the Fields project. Sikora, who co-owned Talula's Table and Django with ex-wife Aimee Olexy, has since opened up shop in Delaware.