By this time next week, Philly will be up to its ears in raspberry vinaigrette.

As Juniper Commons nears completion, Top Chef winner Kevin Sbraga is on the verge of opening his third restaurant in the space of just over three years. (The Fat Ham turn one next week; Sbraga turned three in October.) This latest addition, a celebration of all things '80s, is set to open on Monday, December 8. 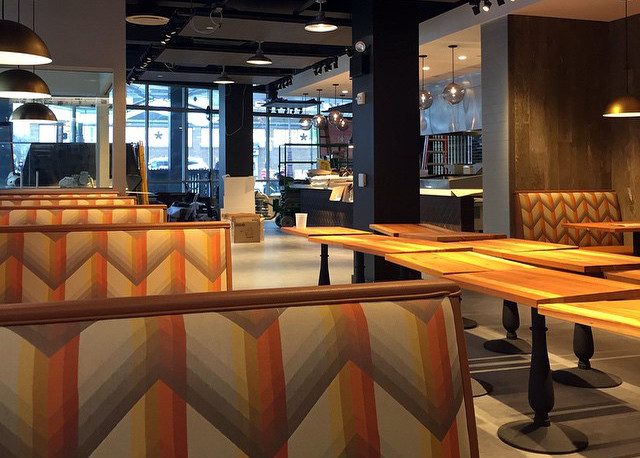 An in-progress shot of the interior. [Photo: Kevin Sbraga/Instagram]

Aside from some throwback decor and a totally '80s soundtrack, Sbraga and exec chef Greg Garbacz have gone for a nostalgic, all-American vibe with the food. The partial menu released so far includes takes on spendy, Me-Generation symbols of excess — like caviar, seafood towers, and surf and turf — as well as comfort-food classics from chicken pot pie to fries with eyes (a.k.a. tiny fried fish). Sbraga has cited influences from his father's bakery to family meals at the Pub in Pennsauken — the latter providing the spark for this teeny little salad bar idea.

The full, finalized dinner menu hasn't been posted yet, but they have put up menu options for private events, which should give you a clearer idea. 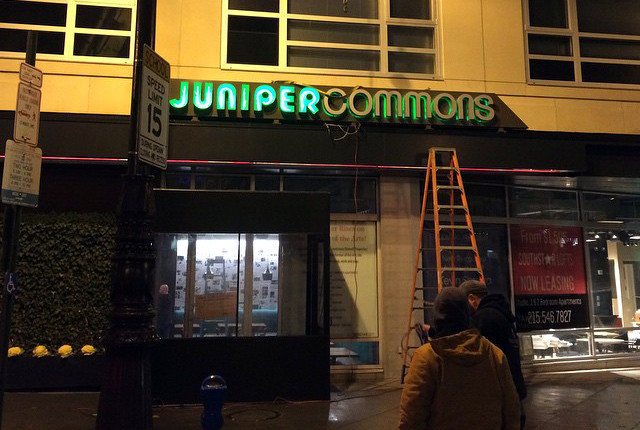 The inaugural test of the restaurant's neon sign, as it went up on Tuesday evening. [Photo: Kevin Sbraga/Instagram]

At the bar, they're going all-in on gin, planning on offering more than 150 varieties. Cocktails will play on trends from the decade, so look for updated riffs on cocktails like a Sex on the Beach or a White Russian. They'll also be playing on wine coolers, offering bottled cocktails (one red and one white to start, in rotating variations) with fruity, sangria-like flavors.

Of course, amid all the retro touches, there is one detail that just screams "2014 in Philadelphia" — the massive showpiece of a custom grill: 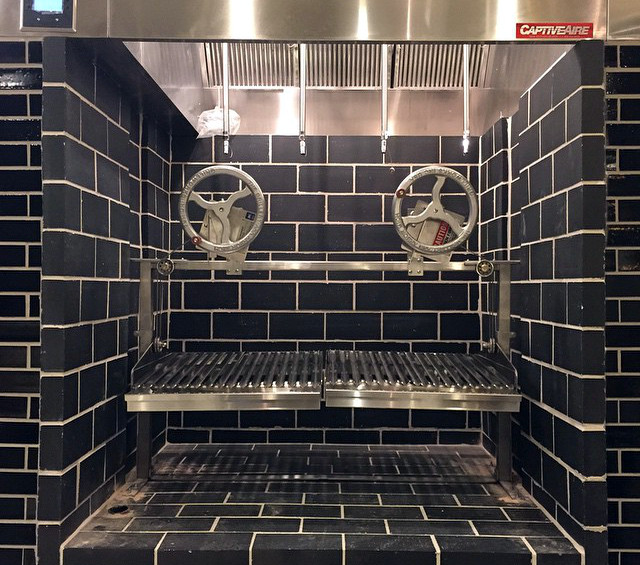 Juniper Commons will be open for dinner seven nights a week, from 5 to 10 p.m. Lunch and brunch are expected to follow in the coming months.