What You Missed at the Cochon 555 Competition

Share All sharing options for: What You Missed at the Cochon 555 Competition

Cochon 555, a traveling chef competition and tour de pork, made Philadelphia the last stop on its ten-­city tour this year. After months of hype, the year's biggest celebration of pig flesh went down at the Le Meridien hotel on Sunday, May 25.

Guests who decided to skip the shore for the holiday weekend were treated to over 30 dishes from some of the city's most talented chefs. Representing Philly this year were Douglas Rodriguez of Alma de Cuba, Mike Santoro of the Mildred, Patrick Szoke of Alla Spina, Jeremy Nolen of Brauhaus Schmitz, and Jason Cichonski of Ela (and Top Chef fame). Eater Philly was there to taste it all. 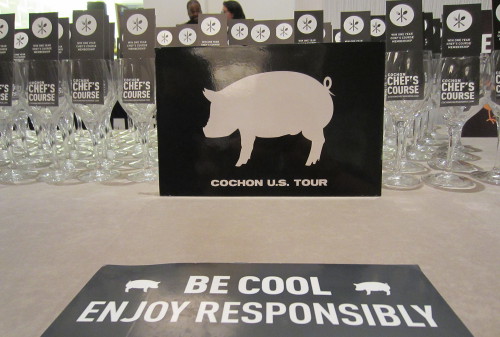 Now in its sixth year, Cochon was started as a way to raise awareness for heritage breed pigs among key influencers in the food industry. For the uninitiated, heritage breed pigs — what pigs were before industrial food production led to our (leaner, blander) modern pig — are known for their unique taste and variable fat content across different breeds. While the primary goal of Cochon is spreading awareness, as a pretty great bonus, the event also creates a platform for uber­-talented chefs to create some amazing dishes. 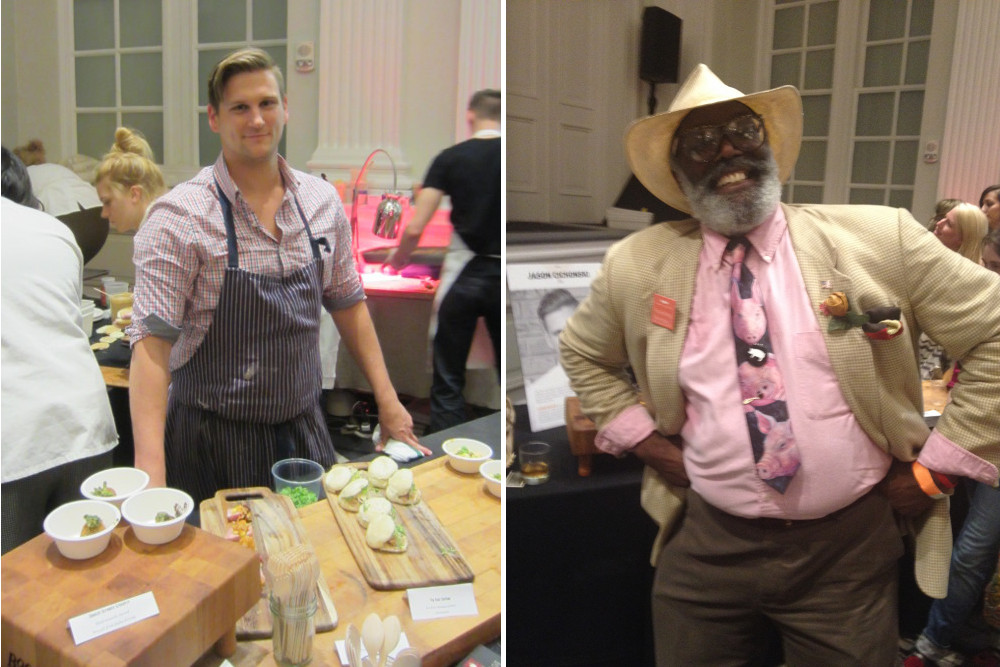 Usually chef Jason Cichonski, left, is the best-dressed guy in any room, but the dapper gentleman on the right easily took that title on Sunday.

Over the course of two hours (three for VIP attendees) guests were able to sample dishes from each of the chefs, as well as tables featuring charcuterie, cheeses from DiBruno brothers, and an oyster bar. Towards the end of the event, guests were offered the opportunity to vote for their favorite chef. By the time the final votes were tallied, Douglas Rodriguez of Alma de Cuba was awarded winner. He will represent Philadelphia at the Grand Cochon finale in Aspen this June. If Rodriguez is victorious in Aspen, he will officially be known as the "King of Porc."

(It's worth noting that there were some post-event grumblings from some attendees that felt Rodriguez's acceptance speech was unsportsmanlike. Were you there? Care to share your take via the tipline?) 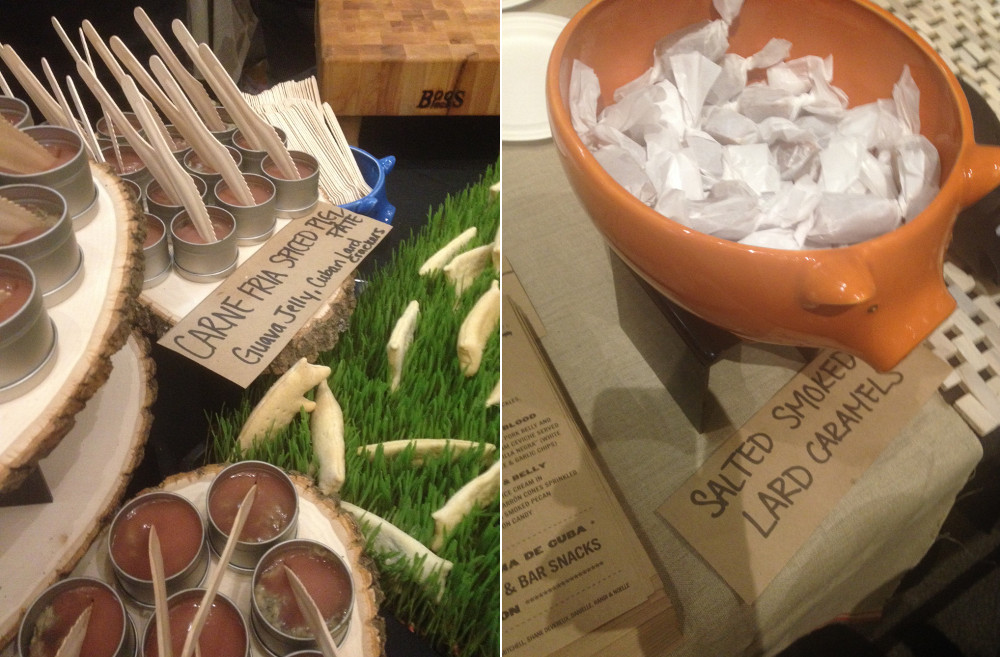 A couple of highlights from chef Douglas Rodriguez's winning selection. 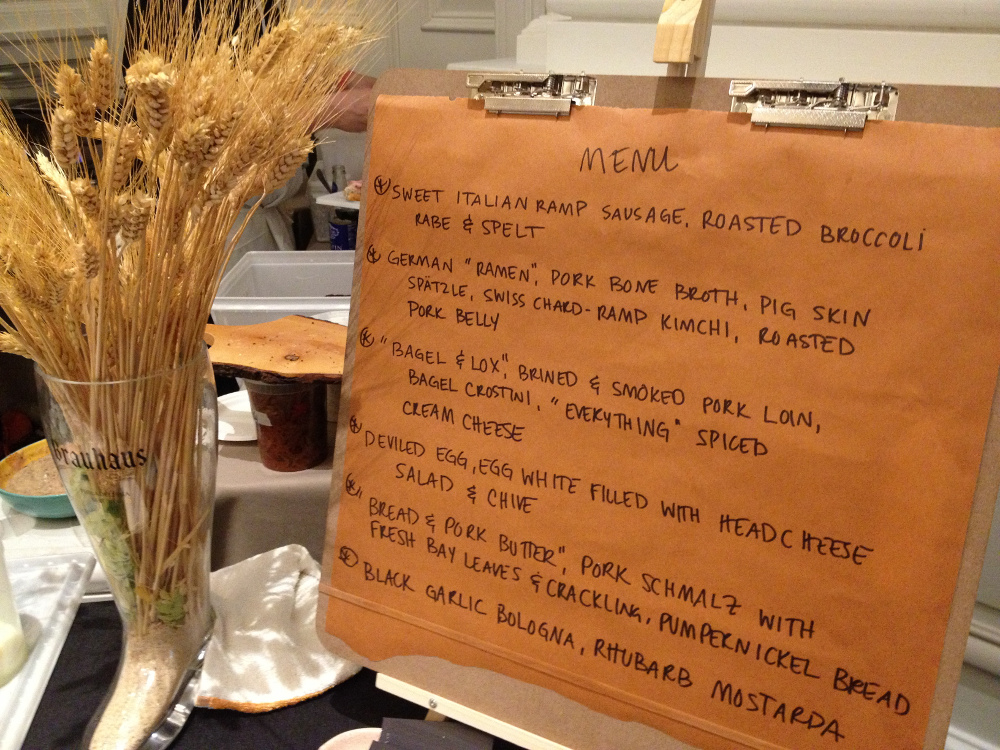 While Rodriguez had some excellent dishes, including an incredible pozole verde featuring pickled pig skin, the sentiment amongst the crowd was far from unanimous. Some of Eater's personal favorites included Jason Cichonski's caramel chitterlings and pretzel spaetzle with melted lard, and Patrick Szoke's pork belly-stuffed paccheri with pork ragout. Overall, almost all of the dishes were excellent, albeit rich in flavor. 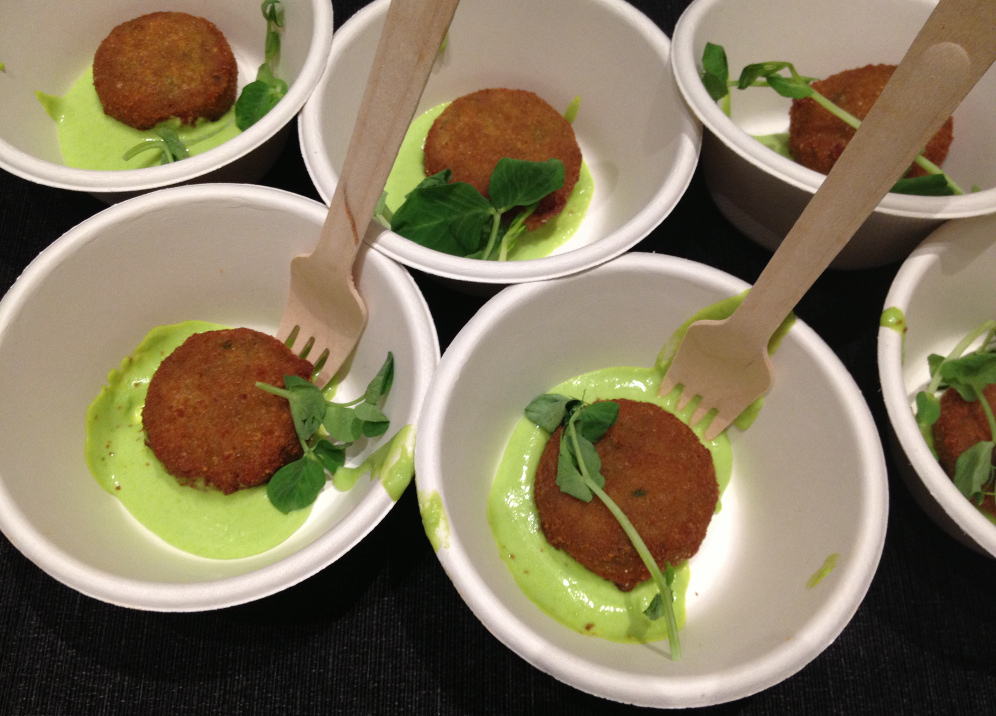 For those looking for a temporary reprieve from pork overdose, the event was also sponsored by several high end beer and spirit vendors, all of which featured unlimited pours. The table for Goose Island was a popular location, with their two-­year aged Matilda and Sofie beers representing the crowd favorites. For those looking for something a little less heavy, there were several cocktail and bourbon stands found throughout the event. Breckenridge bourbon had an especially refreshing cocktail featuring their namesake bourbon, Applejack, lemon, thyme, pepper, cidre, and gunpowder tea. 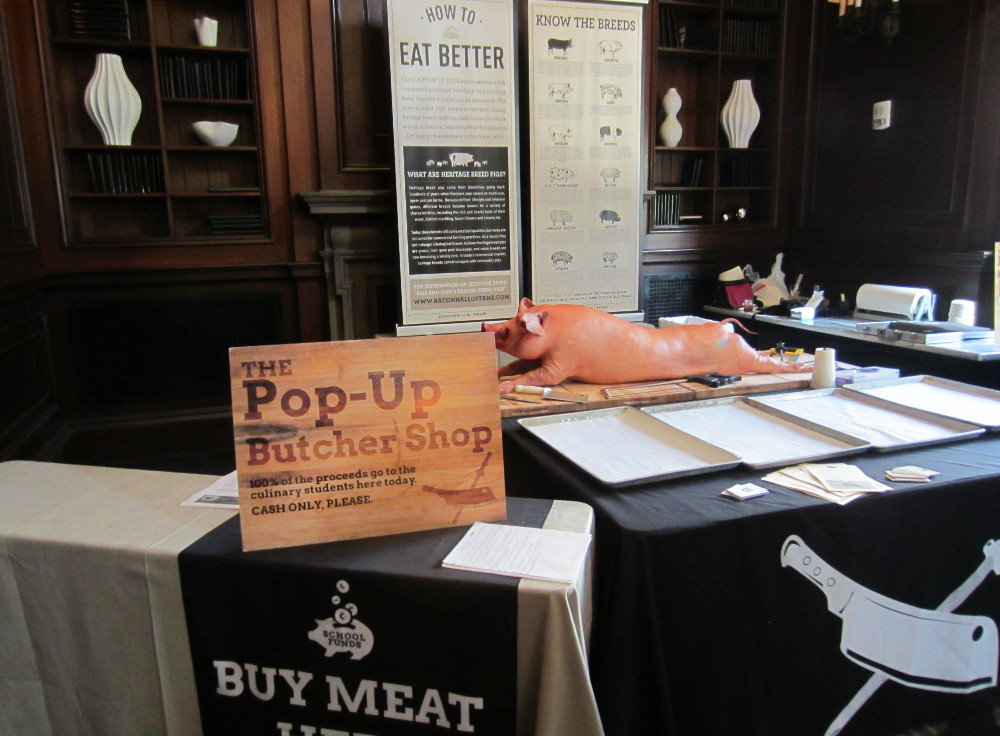 Beyond the food and drink, master butcher Marc Pauvert of Spring House Farm provided the "entertainment" for the evening by live butchering an entire pig in front of an audience of very engaged onlookers. Using a combination of deft cuts and multiple knives (and, at one point, a hacksaw), Pauvert portioned off the pig into various cuts that were auctioned off to attendees to benefit the Culinary Institute of America, in Hyde Park. 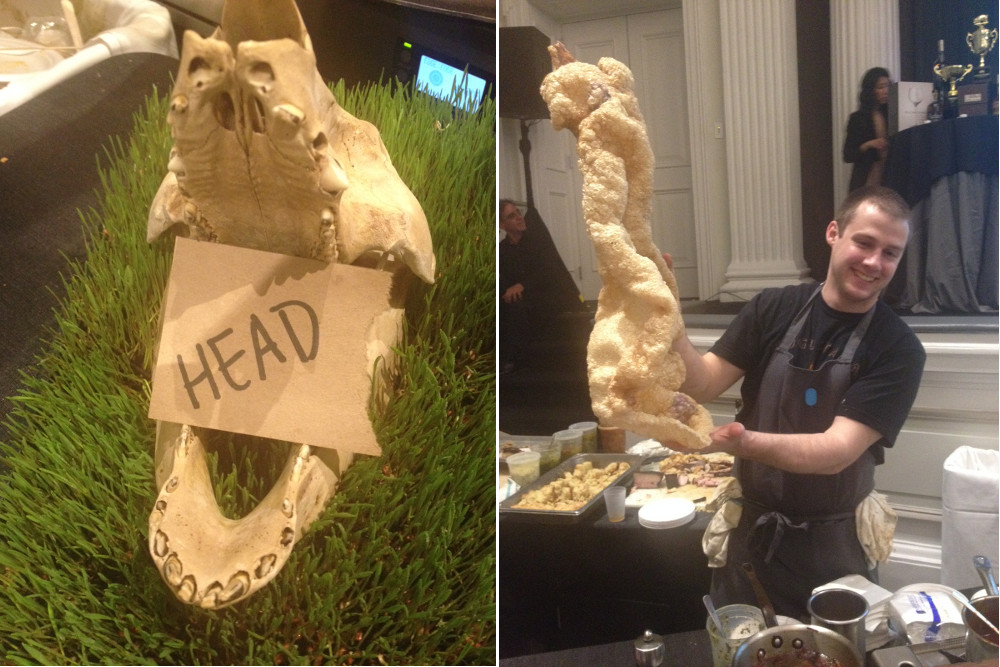 Other attractions included this pig skull, and the world's biggest chicharron (being proudly displayed at The Mildred's table).

Following the event, all attendees were invited to an after party, and presumable victory lap, held at Alma de Cuba. Eater was not in attendance, having fallen into a pork induced coma. Word on the street, however, is that the party went well into the night.
— Dan McKay