Welcome to Curbed Cuts, a roundup of the week's top real estate and development news from the (new!) editor of Curbed Philly, James Jennings. 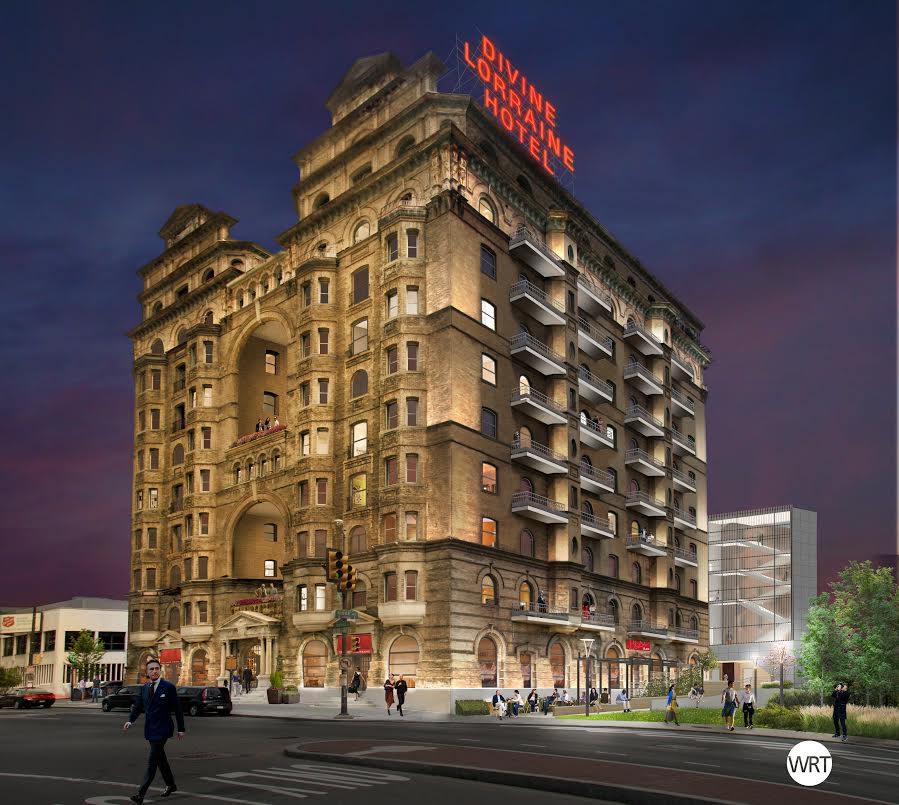 NORTH BROAD — A rendering for the Divine Lorraine Hotel, Philly's white whale of the redevelopment scene, came out this week. While luxury apartments were planned, could a change of plans to remake it into a hotel be in the cards? Who cares, at least something is happening there!

NORTH KENSINGTON — The shambles of what is left of the old Orinoka Mills Textile warehouse will be redeveloped in to a mix of affordable housing and the headquarters for the New Kensington Community Development Corporation. It's certainly a welcome sight and officials think this project could be a game changer for the nearby neighborhood.

SPRINGFIELD — Springfield in Delaware County was recently tipped at the fourth most Simpson-like Springfield in America by the real estate blog Estately. There are a bunch of funny criteria for the ranking, including proximity to a nuclear power plant, and it's recently come to their attention that there is a real-life Ned Flanders, which would have drastically altered the final results.

NORTHERN LIBERTIES — The East Tower Pennthouses in Penn Treaty Village are holding their first open house on June 21st. It's the second phase of the adaptive reuse project at One Brown Street along the Delaware River and the luxury units come with some serious amenities, including a ridiculously amazing roof deck with fire pits.

MARKET EAST — The Philadelphia City Planning Commission recently approved the plans for a large digital sign atop the iconic Lit Bros. Building at Seventh and Market. In exchange for the sign, owners Brickstone Realty will make $10 million in above and underground improvements to the building as well as SEPTA's Broad-Ridge Spur.