Welcome to Curbed Cuts, a roundup of the week's top real estate and development news from our sister site, Curbed Philly. 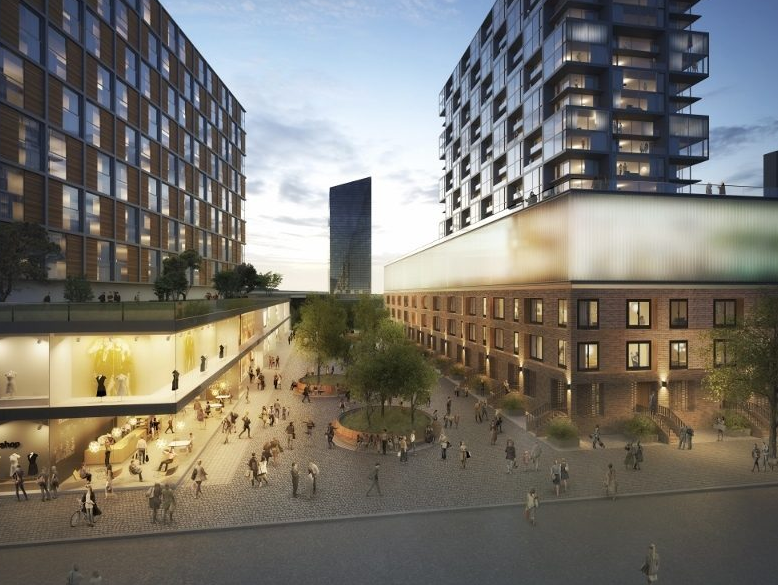 NORTH BROAD — Temple University purchased William Penn High School for $15 million in a deal that was announced yesterday. We toured the behemoth on Broad Street and snapped some photos to give you an idea of what kind of shape the property was in. Check out the pictures!

SOUTH BROAD — Down on the other end of Broad Street, Bart Blatstein has a totally revamped plan for the lot at Broad and Washington. Think of it as a vertical Piazza at Schmidt's, only this time, it will have — cues Dawn of Man music — "every amenity known to mankind," according to Blatstein himself.

LOGAN SQUARE — The proposed 'RiverWalk Philadelphia' cleared its first hurdle recently when the planning commission approved some zoning relief plans to allow for more height and retail — making way for the mega-development that will fill in an entire city block between JFK Boulevard and Race Street, 23rd Street and the Schuylkill River. While there are still significant obstacles to pass through, it's difficult not to get excited about the possibilities. You're going to want to check this one out.

SOUTH PHILLY — PHL Local Gaming, the brain trust behind Casino Revolution and surround LoSo Entertainment complex, unveiled their plans to bring a space needle-like spire to Philly — should they secure their bid for the next casino license. 'Skyspire' would rise 615 feet in the sky and feature gondolas for unparalled views on a trip up to the sky deck restaurant.