Share All sharing options for: Tria Taproom Has a New Lunch Prix Fixe

Tria Taproom has launched a new two-course lunch prix fixe, available daily from noon to 4 p.m. There are four options for each course, and the meal runs $14. Plus, there's plenty on tap to choose from whether you intend to head back to the office fully sober or not (in addition to all the beer and wine, they've got non-alcoholic options on tap including Victory root beer and Sprecher cream soda). 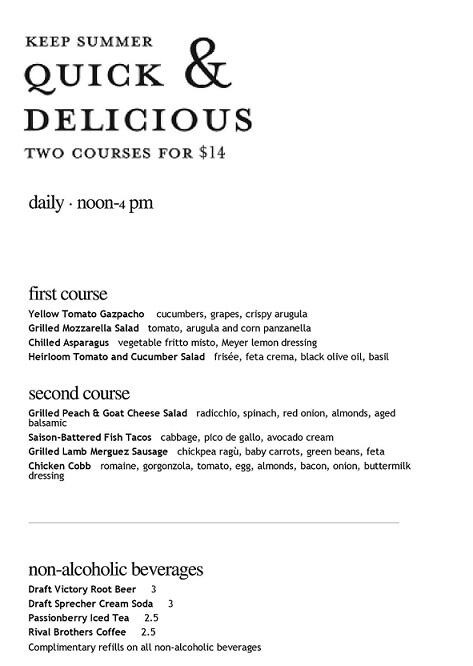