Share All sharing options for: Seeking Philly's Hottest Trainer; Shop Down the Shore 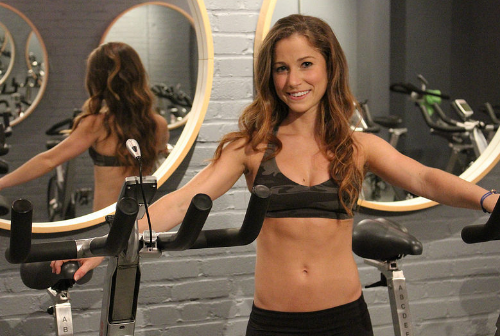 PHILADELPHIA — It's almost time for Racked Philly's annual Hottest Trainer competition. Starting this August, they'll be profiling eight of the best looking fitness instructors in Philadelphia, and they're taking nominations starting...now! Before you do that, take a sexy stroll down memory lane with last year's contestants.

DOWN THE SHORE — Beyond the surf and sand of Avalon and Stone Harbor, there's a roster of awesome indie boutiques to keep you entertained after the sun sets over the bay. Here are six of the best.

MANAYUNK — Philadelphia Runner has announced that a Manayunk location is in the works, marking the sporting goods store's fourth store after locations in Center City, University City, and Glen Mills.

PHILADELPHIA — Hey, Sally McTextsalot: Philly-based start-up Beacon & Lively has released the B&L Cuff, a bracelet that enables its wearer to receive and dismiss smartphone notifications right on her wrist.

PHILADELPHIA — Are you among the 70K+ people following Visit Philly on Twitter? Curious about who, exactly, is behind the account? It's Caroline Bean, and she took a tweet break to tell Racked Philly all about the eight seashore essentials she keeps in her beach bag. Fun times all around.