Contenders in the Mid-Atlantic region include Nick Elmi, Peter Serpico, and Greg Vernick. 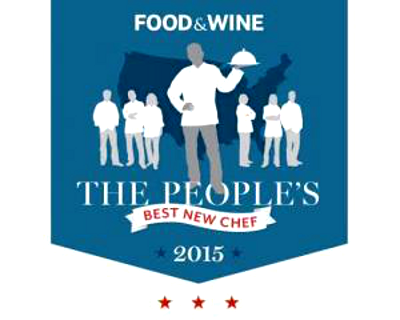 Yesterday, Food & Wine magazine announced their 2015 class of Best New Chefs, and no one from the Philly area made the cut with their editors this time around. (Last year, Eli Kulp of High Street Hospitality Group took home top honors.) But voting is now open for their People's Best New Chef poll, so you have a chance to make your voice heard.

Of the ten contenders for the Mid-Atlantic region, three acclaimed chefs are repping Philly: Nick Elmi (Laurel), Peter Serpico (Serpico), and Greg Vernick (Vernick Food & Drink) are all up for consideration. Competition is fierce, though, including the likes of Pittsburgh's Justin Severino (Cure) and DC's Aaron Silverman (Rose's Luxury).

Voting is open from now through Wednesday, April 8. Winners will be announced on Thursday, April 9.